Over 250 Auction Market operators, order-buyers, industry partners and service providers gathered in Nisku, Alberta  in May for the Livestock Markets Association of Canada’s annual convention and auctioneer championships. This was the first time that convention central was in northern Alberta. Chance Martin and the crew at Thorsby Stockyards Inc. were the hosts for this year’s event.

The convention opened with the LMAC Board of Directors’ meeting on Thursday morning. A “meet and greet” followed on Thursday evening, along with the auctioneer video interviews, auctioneer competition draw, and a record-breaking calcutta. The 45 auctioneers an LMAC record, along with the judges and officials, were introduced and were presented with jackets from VJV/Canadian Satellite Auctions and a special edition shirt from LMAC and Wrangler, LMAC’s official supplier of shirts. The 22st annual auction competition was held at Thorsby Stockyards Inc. with strong market prices.  The host market conducted an excellent sale. Over 1500 head of cattle were consigned for the sale. Each auctioneer sold eight drafts of cattle.. The top ten auctioneers came back for round two and sold six drafts and a black box item.  Former LMAC Champion Danny Skeels was master of ceremonies for the competition. The event drew auctioneers from Nova Scotia to Alberta.  There were 16 rookie auctioneers with less than 5 years’ experience selling livestock.

On Saturday morning, the LMAC annual business meeting got under way with breakfast and a review of the annual report. This year featured 3 guest speakers.  Dr. Derrel Peel from Oklahoma State delivered a very interesting presentation on the livestock market outlook for the remainder of the year and the first half of 2020.  The second speaker was David Moss from the Canadian Cattlemen’s Association, he talked about the many issues facing the cattle industry and what policies and strategies CCA has to address them.  He noted the importance of LMAC’s membership with CCA.

LMAC representative Ken Perlich and CCIA manager Anne Burgess did a combined report on the CCIA. They also addressed the pending movement reporting regulatory changes and the expected time lines.
They reported that the proposed regulations had been delayed due to the expected federal election and were now expected to be printed in the Canada Gazette in early 2020, followed by a 70-day comment period. They expect the regulations to come into effect in 2021.  After the regulations come into effect, industry will have three years to prove to CFIA that group movement reporting will provide CFIA with enough information for trace backs without individual scanning of animals at auctions and assembly yards.

In the response to the Livestock Marketers of Saskatchewan not renewing their membership, the membership was informed that under the LMAC constitution, this would allow individual auction markets, assembly yards and order buyers to join LMAC as independent members with full membership benefits including voting rights. Currently 9 of the Saskatchewan markets/dealers are members.
Rick Wright brought the membership up-to-date on the new transportation regulations, which will be enforceable in February of 2020. He advised that LMAC is working with the Canadian Cattlemen’s Association and other industry groups to have the February deadline extended until more scientific based information is available.

In other LMAC business, Rick Wright was re-appointed as the LMAC Administrator. Provincial appointments were Bob Miller, BC; Craig Jacklin, AB; Scott Anderson, MB; Larry Witzel, ON. Livestock Marketers of Saskatchewan did not renew their membership. The Saskatchewan position on the LMAC board was converted to a Director at Large position. The membership elected Brock Taylor, Brent Brooks, and Chance Martin for 2-year terms as Directors at Large. President Bergevin thanked retiring director Jim Abel for his dedication and work on the LMAC board of directors.
The afternoon session was a relaxing visit to the new racetrack south of Edmonton.

There were many presentations at the banquet. For the third time in LMAC history the Industry Champion Award was presented.  Brian Good the Canadian Angus Association field man was recognized by the LMAC for his contributions, dedication and work promoting the Canadian cattle industry.  Brian was been the purebred associations liaison with LMAC for over 25 years and was one of the people instrumental in starting the Canadian Livestock Auctioneering Championships.  The Industry Champion Award is the most prestigious award presented by LMAC.  He joins Steve Primrose and Danny Skeels in a very select group of Industry Champions.
Former LMAC president Ron Sim from Red Deer was inducted into the LMAC Hall of Fame as the inductee for 2018. Other nominees included Ron Northcott, Jack McKinnett, Emerson Gill and Jim Wilson.

The following awards were also presented.

More information on the Auction Competition is available on the LMAC website. LMAC and its members would like to thank the Chance Martin, Corey Lawrence, Jeff Fritz and the staff at Thorsby for hosting this year’s event. They proved that you don’t have to have this event in a large centre to make the LMAC annual event successful. Local support from the businesses and volunteers was outstanding. LMAC would like to thank our national sponsors. 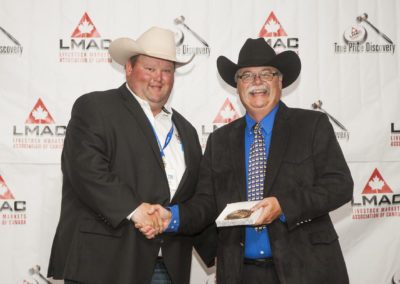 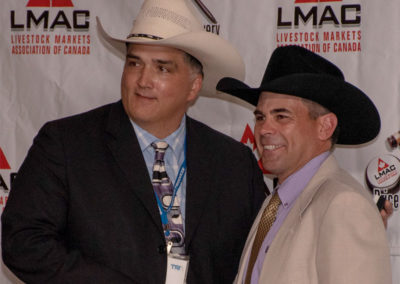 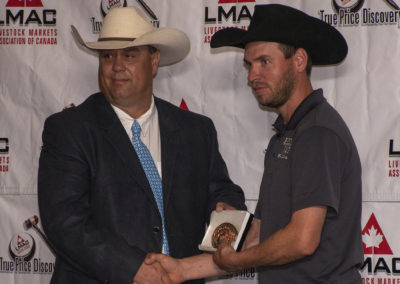 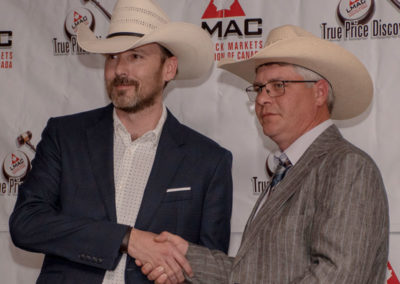 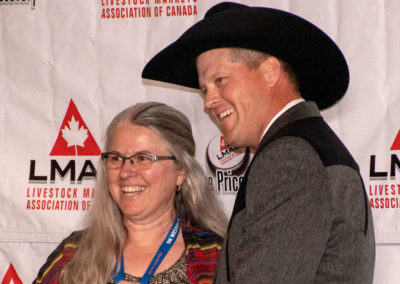 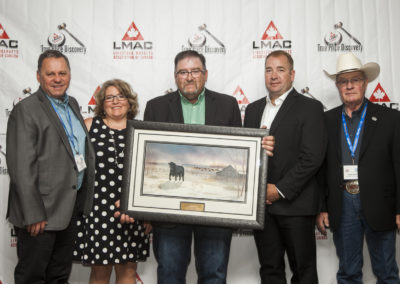 Stockyards of the Year OLEX 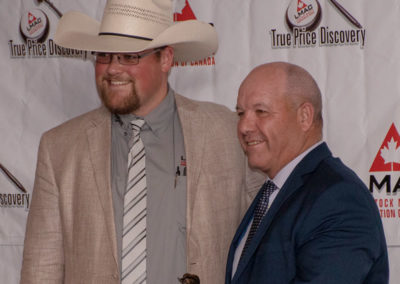 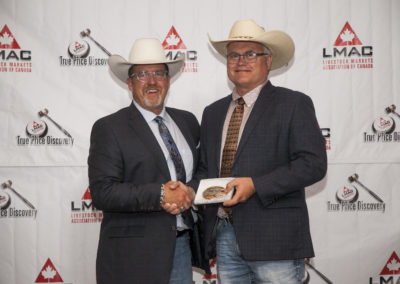 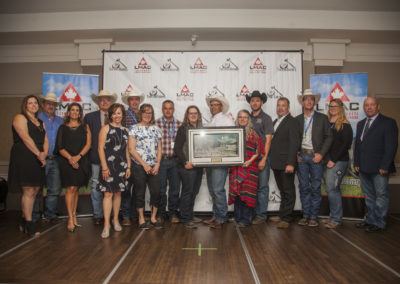 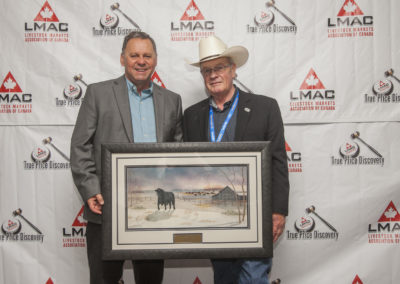 Stock Yards of the Year OLEX