Blair Vold has served on the LMAC board of directors for over 10 years and was elected to position of President.

Blair Vold has been involved in the livestock marketing industry all of his life, and has served as the President of the Alberta Auction Market Association and was an influential member of the AAMA for many years.

When the Canadian Cattle Identification Agency was formed, LMAC was asked to have a representative on the Board of Directors.  When approached by the marketing sector to be the LMAC representative on the CCIA board Blair quickly accepted the demanding position.  His common sense and business savvy quickly earned Blair a place on the CCIA executive and eventually he was voted by the Board of Directors to become the vice-chair of CCIA.   Blair’s leadership cemented LMAC spot on the CCIA board of directors, a spot that LMAC maintains to this day.

Blair Vold has always been a strong believer of Price Discovery through Public Auction.  Always looking for a way to bring extra competition to the market place and expand the VJV reputation for customer service Blair started Canadian Satellite Livestock Auction in 1993.  This was one of the first electronic live cattle auctions in Canada. The Canadian Satellite Auction continues today and CSLA has been a major sponsor and supporter of the LMAC conventions and The Canadian Livestock Auctioneering Championships.  Blair Vold and CSLA have supplied jackets to the LMAC Auctioneering Championships contestants for 20 years.

Another marketing innovation introduced by Blair Vold was the “Show Alley” method of selling large consignments of cattle.  Blair listened to producers concerns about shrink, stress on the cattle and the length of sales. The show alley allowed the cattle to be sold in one-owner lots, pre weighed to control shrink and placed on feed and water to reduce stress.  The “Show Alley” was another success for VJV and other markets now use this method of marketing.

Blair has taken great pride in his auctioneers and has sponsored a least one and usually two, to participate in the LMAC Livestock Auctioning Competition. Over the past 19 years VJV has had 6 champions that have developed and trained while selling at VJV markets.  This is most of any auction company in Canada. His auctioneers have also done very well at the International Competition at the Calgary Stampede.

Blair and his family are icons in the cattle industry in Alberta as well as in Canada.  Blair Vold exemplifies what LMAC stands for; the promotion of the “Price Discovery by public Auction; excellent customer service to both seller and buyers; fair and honest transactions along with a dedication to improving the industry and community service. Blair Vold has been an impact player in the Canadian Livestock Marketing Industry, some of his innovations have changed the away we market cattle in Canada. Some of his groundwork with in the industry will continue to influence the cattle business for years to come.

Blair Vold has dedicated his life to service in the cattle industry and is an exemplary inductee for the livestock markets Association Hall of Fame. 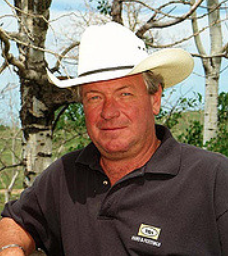 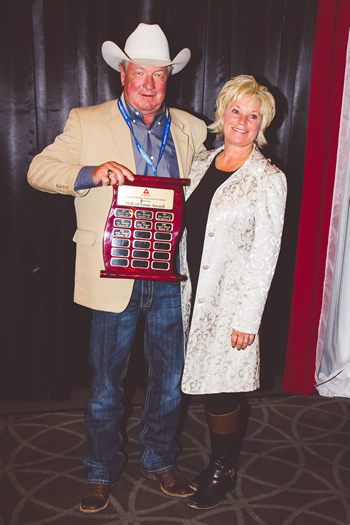