After serving with the RCMP, Gene Parks decided to try a new career.  In 1982, he started the auction business selling purebred cattle, farm and consignment auctions. When the regular auctioneer at the local 4-H cancelled at the last minute, the organizers asked Parks if he would volunteer to sell the sale.  A chance meeting with Jim Martin, local cattle buyer after that 4-H sale was the start of a successful partnership that lasted over 18 years. Martin had just purchased Pipestone Auction Mart and was looking for an auctioneer. The young auctioneer from Brandon impressed Martin so much that he offered Parks a partnership in the business. Parks would also partner with Martin on the purchase of the auction markets at Whitewood Saskatchewan. The market was renamed Whitewood Livestock Sales and prospered under the new owners. Eventually, Parks would buy out Martin, and Gene’s sons went on to manage the two markets.

Right from the start, Gene showed leadership in both the LMAC and the Manitoba Association, attending meetings, serving on committees and supporting both provincial and national market organizations with financial sponsorships and resources. Gene Parks was elected President of LMAC from 2002 to 2004.

Gene encouraged his key employees to take active roles in the organization and allowed paid time off for them to attend meeting and functions. He voiced that many concerns when the CFIA tagging and traceability regulations were being introduced in the late 90s; many of his concerns have since come to fruition. Gene has been a forthright representative of our industry for years and someone who has gained the utmost respect and trust of those in the marketing sector. In 1992, Gene was part of the first two-man delegation from LMAC that travelled to Toronto to meet with CCIA and CFIA to discuss the challenges for the marketing industry if proposed traceability regulations were implemented.  Information provided by Gene to government officials is still used as a baseline in negotiations on the traceability file today.  Never afraid to ask the tough questions or defend the auction business, Gene Parks has been a great representative for LMAC and is respected by both industry and government.

In an effort to reduce the length of the sales and address producer concerns about shrink in the fall run, Parks allowed his staff at Pipestone to host the first pre-sort sales ever held in Manitoba.  Parks has always been a promoter of “True Price Discovery” and the value of the auction system of selling cattle. Customer service is at the top of his list, and he has employed highly valued employees who know the business:  Doug Richardson, Don Middleton, Rick Wright, Brock Taylor and Chad Kelly, to name a few.

You could always count on Gene Parks when you need sponsorships, manpower, resources or promotion of an LMAC event or a provincial cattle event.  He is also a great community supporter of local events. Regardless of the size or type of consignment, Gene always has a minute to visit with customers and future customers.

Rick Wright stated; “Gene Parks was the best boss I ever worked for”.   “He treated his employees fairly and allowed me to try new approaches to selling livestock, promoting sales and serving the industry. He constantly encouraged me to look for new and better ways to run the sale barn and was not afraid to try new ventures that were often copied by competitors in the area.   Gene encouraged me to be involved and supported my participation in both LMAC and the Manitoba organization.”

Gene Parks is what LMAC is all about is leader, and leads by example and is proactive on industry issues.

Gene Parks is another great addition to the LMAC Hall of Fame. 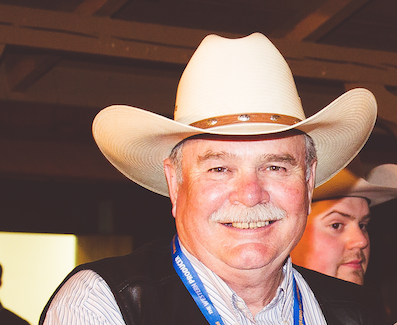 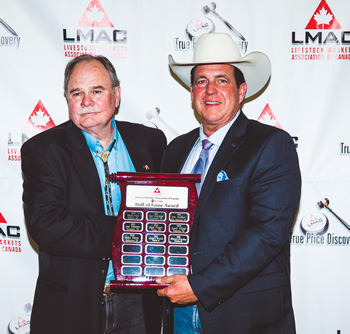