The Hall of Fame selection committee selected Mike Fleury for the 2016 Hall of Fame award. It was Fleury’s first time on the nomination ballot. Mike Fleury has been a huge supporter of LMAC for many years and has been very active in the marketing sector. He has served as the President of the LMAC and of the Livestock Marketers of Saskatchewan. He has served on the Board of Directors on both associations. He represented the marketing sector on a number of committees both provincially and nationally. He has hosted the LMAC convention twice and the Man/Sask Livestock Auctioneering Competition. Mike has supported many industry events, not only as a sponsor, but also as a participant in the events. He encourages his staff to participate as well. Mike brought the LMAC Hall of Fame idea to the board and chaired the committee for six years. He was also one of the main participants in the development of the Livestock Handling Video that was produced by the Livestock Marketers of Saskatchewan. This training video has become a main component of the employee training programs used by auction markets and transportation companies across Canada. Mike is a respected auctioneer and cattleman across Canada, and has sold both purebred and commercial cattle sales, as well as a number of horse sales. He is a past Man/Sask Auctioneering Champion and a finalist at the LMAC National competition. He has been active in the Angus business and has a fondness for Percheron horses. He has been called on to judge at both provincial and national auctioneering competitions. He was also selected as the Master of Ceremonies at the 2016 LMAC auctioneering championship in Brussels, Ontario.

Mike recently made a huge commitment to the livestock marketing business when he purchased shares in Saskatoon Livestock Sales. Prior to becoming a partner, he was the manager of SLS, the position that he maintains today.

Mike Fleury is what LMAC is all about. During his time in the livestock business he has built a reputation as an honest businessman with impeccable business ethics. He has developed into a top quality auctioneer. He has earned the respect of his producers, the buyers on his market, his employees, industry, and government agencies at both the provincial and federal levels. Some of his key employees have stated that he has been a mentor to them and has helped them develop the skills and knowledge required to be successful in their chosen fields.

He leads by example, and the success of the SLS is a testament to his hard work and business ethics. His ongoing promotion of the Auction Method of Selling to establish True Price Discovery has benefited the cattle industry and the marketing sector.

If you need help, you can call Mike and his standard answer is “ what would you like me to do?”

2014 Hall of Fame Inductee Rick Wright nominated Mike Fleury for this year’s award. Wright says, “Mike is a deserving candidate; he is respected by peers and trusted by both the producers and the buyers. His work in promoting the auction industry has been matched by few others.”

Mike and his wife Terri reside in Aberdeen, Saskatchewan. 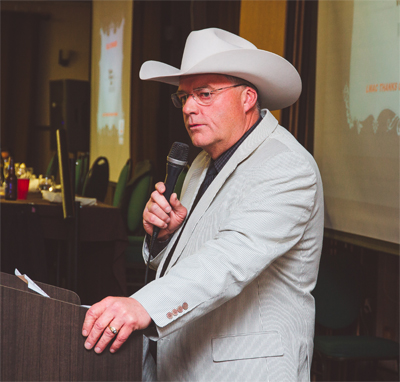 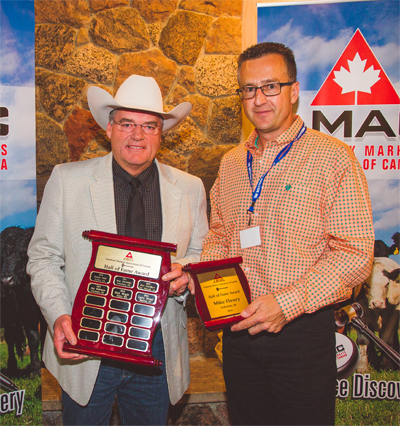