Ron Sim is a past President of LMAC. His leadership of LMAC and his contributions to both the national and provincial auction markets associations qualified him as a worthwhile candidate for the LMAC Hall of Fame Award. Nominated by Chance Martin of the Thorsby Stockyards Inc., along with the support of many of the auction market owners, order buyers and cattle producers, Ron Sim was inducted into the LMAC Hall of Fame.
Ron came from a livestock marketing family that was involved in the development of one of the first auction markets in the Red Deer area. In 1966, Ron attended auction school in Billings, Montana. Over the years Ron honed his auctioneering skills and was regarded as a very accomplished cattle auctioneer. He won a Canadian Championship in 1983 and finished in the top 10 four times at the World Championships.
When the new Burnt Lake Livestock Auction was opened in Red Deer, Alberta, Ron was approached by the ownership to become the manager. In 1984, Ron and Sharon were part of an ownership group that purchased Burnt Lake. He was the “face” of the Burnt Lake operation. The Sim Group sold the market in 1994 to Heartland Livestock, and Ron continued to manage the auction market for a number of years.
While managing the auction markets, Ron started order buying for a number of customers in the area. When he retired from market management, he switched gears and went order buying full time. Ron is still very active in the order buying business, supporting livestock auctions in central and northern Alberta. As an order buyer, Ron has a unique perspective, being a past auctioneer and market operator. This has put Ron is a class by himself, as he always treated the market, the auctioneers and the customers with the utmost integrity and respect.
During his career, Ron served as President of the Alberta Auctioneer Association from1985-1986, Alberta Auction Markets Association from 1987-1989 and the Livestock Marketing Association of Canada. He was also on the LMA board of directors as the LMAC delegate. Ron also served on the board of Directors of LMAC for a number of years prior to becoming president. He represented the livestock marketing industry on a number of committees on both a national and provincial level.
Ron was a strong representative, not afraid to voice his opinion, but he could always recognize the bigger picture. He made sure that the whole industry was represented not just his own business or the Alberta perspective. This approach gained Ron many friends and supporters across Canada and the USA.
Ron was awarded the opportunity to host the World Auctioneering Champions at Burnt Lake in 1996. This was the third and last time the event was held outside the USA. Ron, his staff and family surpassed the challenge and put on one of the best competitions ever held. The barn was full of cattle with buyers and auctioneers from all over Canada and the USA. Ron’s team ran the sale like clockwork, and their organization of the event was like a blueprint of how to run an efficient cattle auction. This was one of Ron’s greatest moments in the cattle marketing industry. He made LMAC and the Canadian livestock auction industry proud.
Ron mentored many people in the livestock marketing industry including Chance Martin, who like Ron, became an LMAC Champion auctioneer, order buyer and now market owner.
Ron’s biggest strength is that his reputation and word in the cattle business is golden. Ron Sim takes his rightful place with many other livestock industry leaders in the LMAC Hall of Fame. 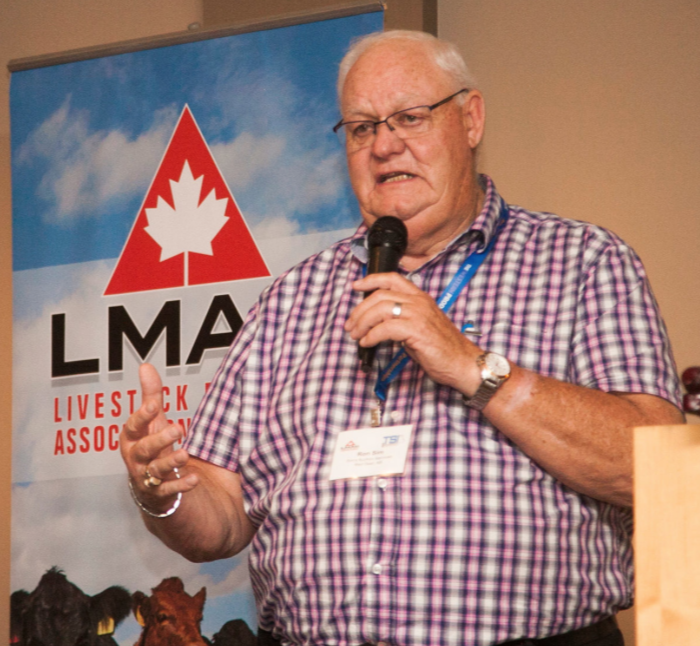 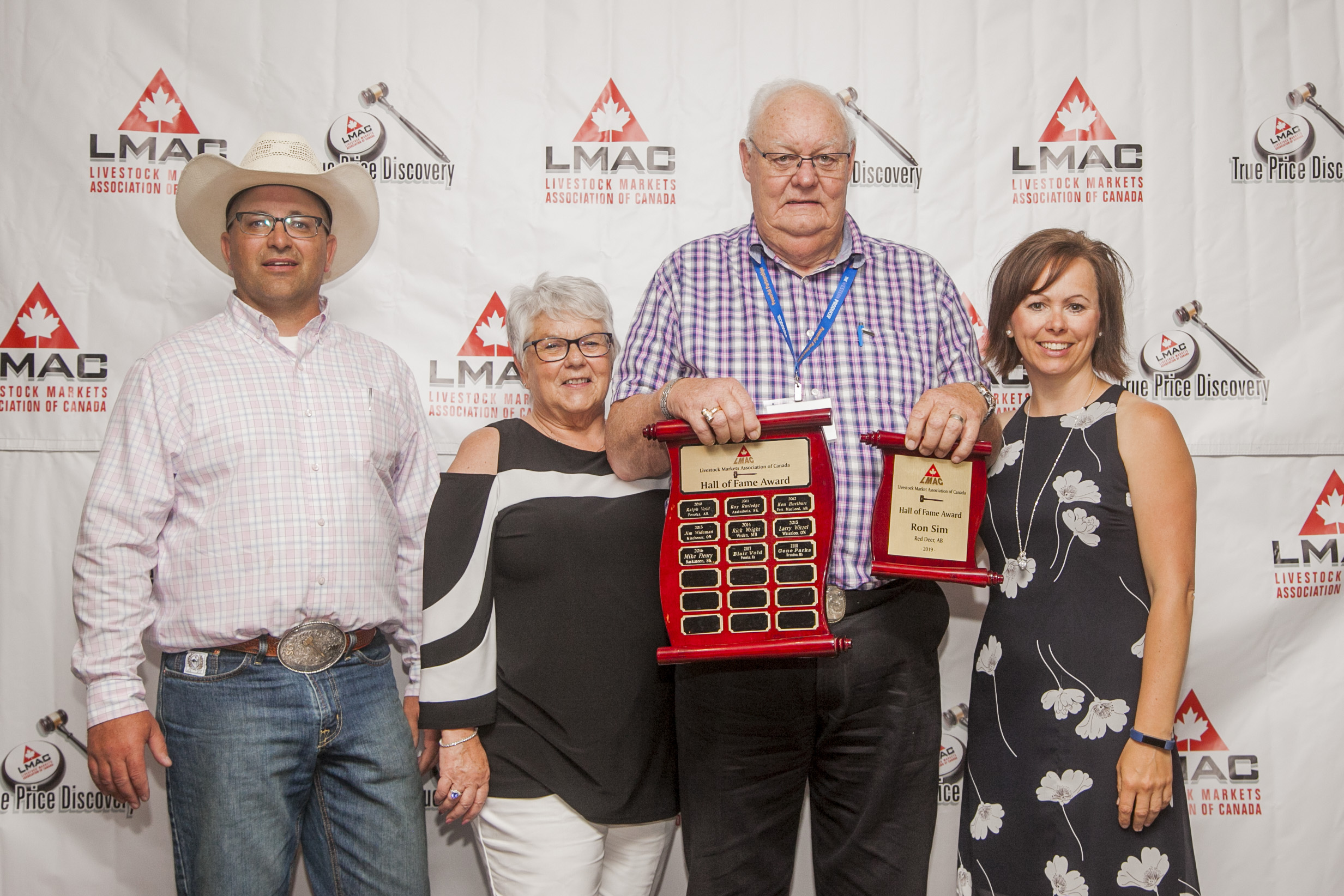